Endocrine disruptors: Are they a ticking time bomb?

Over the course of the 20th century, the chemical industry developed more than 100,000 molecules1. Today, 40,000 to 60,000 manufactured chemical products are sold throughout the world2. Many among them are known or suspected to be endocrine disruptors.

While endocrine disruptors have been all over the media in recent years, they are also in our everyday life. They can be found in our food, our clothes, our furniture, even in the water we drink and the air that we breathe. But what are they exactly? Why are they so bad, and what solutions are there to avoid them?

Researcher and biologist Jean-Baptiste Fini, endocrine disruptor specialist, is here to help us get to the bottom of it.

What are endocrine disruptors?

According to the World Health Organization’s (WHO) definition, an endocrine disruptor is “an exogenous substance or mixture that alters function(s) of the endocrine system and consequently causes adverse health effects in an intact organism, or its progeny, or (sub) populations”³.

To understand how endocrine disruptors work, we first need to understand how hormones function. In a normal situation, our body secretes hormones which work as chemical messengers. The hormones allow our organs to communicate with each other in order to produce different reactions. Our brain acts as the conductor for the fifty or so hormones that we create.

These hormones support organ development and control long term processes of growth, reproduction, and development. They are also key players in our physiology because they regulate our appetite, temperature, sleep, and even our mood.

The problem with endocrine disruptors is that they interfere with our natural hormonal functions. They will do so in three ways :

Through these different interferences, the endocrine disruptors also impact essential body functions like metabolism, reproductive health, and even nervous system functions. This leads to consequences that we will examine later in this article.

Endocrine disruptors tend to hide in plain sight, and we are exposed to them all the time in our daily environments.

In 2019, a study by the French Public Health Agency (Santé Publique France) revealed that proven or suspected endocrine disruptors were present in the bodies of all French people, with higher rates among children. Amongst the French population, 6 families of disruptors were found: bisphenols, parabens, glycol ethers, brominated flame retardants, and perfluorinated compounds. According to the French Public Health Agency, the degree of impact measured was comparable to those of other studies conducted in the United States and Canada12.

What are the effects?

The proven or suspected effects of endocrine disruptors are numerous, impacting both human and environmental health.

A 2021 study conducted by the French Public Health Agency (Santé Publique France) identified more than fifty health effects which were attributed to endocrine disruptors17. According to current data, the main endocrine disrupting effects are the following:

Endocrine disruptors affect reproductive function on multiple levels. They can alter an individual’s reproductive development from birth: an early exposure can also lead to a predisposition for disruptions of puberty and/or of fertility18.

Exposure to endocrine disruptors could also be implicated in the appearance of testicular and ovarian malformations, the development of endometriosis, and even the occurrence of polycystic ovarian syndrome21-25.

Lastly, it is suspected that precocious puberty might be correlated with an exposure to endocrine disruptors. Girls are 10 times more likely to be affected than boys are26.

By altering the functions of certain hormones, endocrine disruptors could interfere with the mechanisms which regulate the metabolism of carbohydrates and fat, of hunger and fullness27,28. More particularly, these endocrine disruptors can operate during fetal development, deregulating an individual’s energy levels (balance between energy input and out) and predisposing them to obesity29-32.

By interfering with insulin regulation and secretion, endocrine disruptors can lead to insulin resistance. This is a key player in the development of type 2 diabetes33.

Furthermore, by interfering with thyroid hormone function, which is crucial for brain development, endocrine disruptors could lower one’s IQ and cognitive abilities37-41.

Certain endocrine disruptors could increase the occurrence of hormone-dependent cancers: blood, ovary, prostate, testicular, and thyroid cancers. Exposure in the womb or during childhood could be a risk factor for cancer in adulthood.42-48.

We are more vulnerable to endocrine disruptors when our tissues and organs are developing and when our bodies are experiencing major hormone shifts.

These periods are during fetal development (mother and fetus are vulnerable), early childhood, and puberty. The first 1,000 days of life, from conception to 2 years old, is a particularly critical period which influences an individual’s future health. We must be particularly aware of our exposure to these substances during such time periods.

Given their widespread presence in our daily lives, endocrine disruptors also leak into the environment and affect all living organisms. Pesticides will likewise contaminate soil and rivers, and our cleaning products end up in water treatment facilities where the disruptors will be poorly filtered (because they are not listed as products to eliminate) before the water is released into a natural environment.

Endocrine disruptors can impact all living things because all such organisms have hormones. Furthermore, hormones are exactly the same across all vertebrates. Their functions may vary, but their structures are identical. For a young developing human, thyroid hormones allow brain maturation. In adult humans, these hormones regulate our mood and body heat. These hormones play an even more spectacular role among amphibians by controlling the metamorphosis of a tadpole into a frog. This is why if an antithyroid medication ended up in a pond, it could prevent the growth of a frog.

Numerous studies demonstrate that different animal anomalies can be attributed to the harmful effects of certain endocrine disruptors. These effects have been observed among populations of fish, reptiles, invertebrates, and birds. There are too many examples of pollution’s physiological impact for us to be able to tackle them here. So, we will focus on the examples of the pesticide known as DDT and the phthalate known as DEHP.

DDT is a persistent insecticide used widely after World War II. In the areas where it has been spread, significant toxic effects were observed amidst aquatic and terrestrial populations. As such, different studies have revealed a link between DDT use and the thinning of bird shells. This has led to premature egg hatching and therefore increased mortality rates49-52. Reproductive issues were also observed in male alligators in a Florida lake during the 1980s which led to a significant decline in the population of these alligators. This decline was attributed to the large quantity of DDT spread over dozens of years which led to anomalies in the alligators’ reproductive organs53. DDT has since been banned in many countries, but its use for sanitary reasons (to fight against malaria) continues to be allowed in certain cases54.

The second example concerns the phthalate DEHP. This is a compound that the European Union classified as a substance of very high concern in 2017. DEHP (or rather its metabolite MEHP) is detectable among almost all terrestrial and marine vertebrates55,56. Even in low doses, it can have unexpected effects. Studies reveal that fetal mice, when exposed to these phthalates, can develop altered sexual behavior as adult mice and can develop brain tissue that is more vulnerable to pollutants57.

These are not the only two examples. Scientists have observed that many other environmental effects are attributable to endocrine disruptors.

It is still not required to test products (food additives, cosmetics, drugs, toys, packagins, etc.) for their endocrine effects before putting them on the market: neither the product nor its components are subject to such evaluation.

Since 2018, within the European Union, only pesticides and biocides have been required to undergo endocrine evaluation before being sold publicly. Currently, commercially available pesticides and biocides must be subject of a retroactive assessment – which could lead to restrictions or a complete ban – but this process unfortunately takes time. For other product groups, a guide is expected in 2022.

According to the European Union regulatory initiative REACH (Registration, Evaluation, Authorization, and Restriction of Chemicals), which began in 2007, substances with endocrine disrupting properties can be identified as “substances of very high concern” but this will not directly lead to a ban on their usage. These files are submitted by Member States: every Member State then votes on the future of the product in question. In 2021 for example, despite evidence about the thyroid impact of resorcinol (an ingredient found mainly in cosmetics), the Member States did not vote to ban it.

The current underregulation of endocrine disruptors demonstrates that it is essential that it evolves in order to protect future consumers.

Effects even at low doses

Certain endocrine disruptors contradict a longstanding adage in toxicology – that “the dose makes the poison.” Multiple studies have demonstrated that these substances can produce negative side effects even in very small doses.

These studies even reveal that low quantities of such substances can produce more effects than high quantities can. For certain substances, we can go so far as to observe an effect at a low dosage and no effects at a high dosage58,59.

For example, Sarah Jenkins’s work on Bisphenol A uses a transgenic mouse model and demonstrates that BPA impacts tumor size. Her study observed that BPA affects tumor development among rodents at very low doses (below the recommended daily intake). Then, it is at intermediate doses that they observed the strongest effects on tumor size, with impact diminishing at very high doses60.

In a similar way, one phthalate study found that these substances can have an effect on mouse behavior when present at low doses but not at high doses61.

The same effect was observed for perfluorinated compounds – like PFOS – currently used in numerous products like waterproof fabrics, nonstick coatings, or certain food packaging. One study conducted on tadpoles revealed that PFOS disrupts healthy thyroid function at intermediate doses but not at high or low doses38.

Another significant issue presented by endocrine disruptors: they can potentially become more toxic when mixed together. In other words, several substances below the regulatory thresholds (considered to be protective) could lead to an endocrine disruptive effect. This is what we call this a “combination effect”62-64. This effect calls into question the current risk assessment procedure which is based on individual molecule evaluation. This does not seem to fully consider the fact that we are usually exposed to a mixture of chemicals.

An international study published in 2022 demonstrates that exposure to a mixture of chemicals (phthalates, phenols, and perfluorinated compounds) has endocrine disruptive effects and that overexposure during pregnancy impacts child brain function, leading to language delay65.

This combination effect considerably complicates the study of endocrine disruptors: to study this effect, it is necessary to test every possible combination with thousands of possible mixes of chemicals suspected of having endocrine effects.

How can we avoid them?

These days, it is difficult to avoid endocrine disruptors because they have become so common in our environment. However, it is possible to reduce our exposure as much as possible while we wait for the implementation of regulations that appropriately ban these substances. 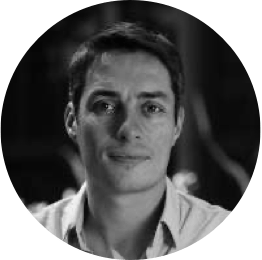 Professor and biologist specializing in endocrine disruptors within the Molecular Physiology and Adaptation Lab at the National Museum of Natural History in Paris. 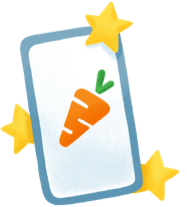 Coffee vs. Tea: Is One Better for Your Health?